The Post House is located in the town of Sauðárkrókur within the Skagafjörður region of North West Iceland. The building is situated in the centre of town in the church square and was originally built in 1952/53 as the local Telephone Exchange and Post Office for the district. There are 3 floor levels to the building,  the ground floor is where the public face of the Telephone Exchange and Post Office operated from, the basement which is the length and breadth of the building was for storage and archives. The top floor is a large apartment that always housed the Post Master and families. During the late 1980’s a side extension with parcel lift and staff kitchen/lunch room was added to provide much needed extra behind the scene space for the postal service. In 2008 the building ceased to be an active Post Office when a new national line of standard Post Office buildings were rolled out across the country, the Sauðárkrókur branch is now located at the southern end of town.

The Post House building now affectionately called Gamla Pósthúsið (the old post house) was offered for sale in 2009.  Whilst waiting for the right buyer and during the latter part of that year it secured a bit part in the movie Rokland and was briefly painted bright red and transformed into a hotel/restaurant.  The transformation apparently was so convincing that even a few locals knocked on the door to book a table.

The building was sold at the end of 2010, when I, an Australian woman fell in love with the Icelandic landscape and moved to Sauðárkrókur. 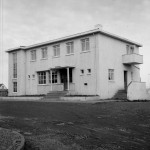 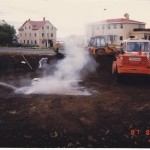 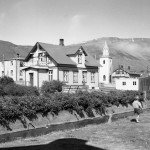 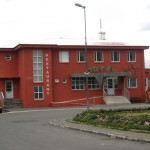 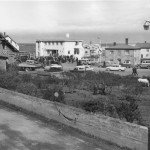 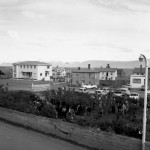 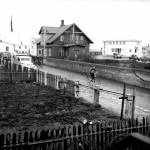 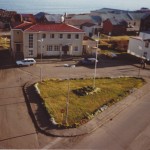